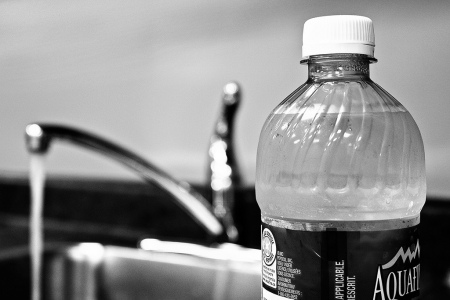 They didn’t have a black iPhone in stock, so I had to settle for a white one!

My salon didn’t have any appointments open until Monday, so I can’t get my nails done for three more days!

Starbucks ran out of non-fat milk, so I had to get whole! Can you believe it?

Ah, First World Problems. I could go on and on, and I’m sure you could add to the list without even thinking twice. One website defines First World Problems as “frustrations and complaints that are only experienced by privileged individuals in wealthy countries. It is typically used as a tongue-in-cheek comedic device to make light of trivial inconveniences.” That pretty much sums it up for many of us in America. But I would argue that First World Problems are very real and very dangerous. Other countries have serious problems like hunger, civil war, persecution, and disease. Our First World Problems are not life-threatening, but they worm their way into our minds and wreak havoc on our mentality. We have largely become a nation of entitled people. We lament this trend in our children, who seem to demand everything life has to offer—the latest technology, the coolest toys, the best clothes, etc. Yet adults are no less guilty of this entitlement philosophy than our children are. We expect the best for ourselves. And that has led us to a very real, very dangerous First World Problem—indifference.

My last post, Modern Day Martys, focused on the atrocities Christians in persecuted countries face. There are many, many Christians out there who are being tortured for their faith even now, as we in America enjoy our freedom this Memorial Day. I spoke of Richard Wurmbrand, a man who spent fourteen years in a Communist prison in Romania, being tortured for his faith. He miraculously survived and went on to found the foundation The Voice of the Martyrs. He wrote a book about his experiences, Tortured for Christ, and in it he tells of his suffering in the West. Yes, in the West. Here. In America. Of course he documents his suffering in Communist Romania as well, but what he says about the West is shocking. Read excerpts of what he has to say in Chapter 4 of his book, under the section titled “Why I Suffer in the West” (beginning on page 84 in my copy):

Wow. Now that’s a First World Problem, dear ones. That indifference is killing us as a nation. Wurmbrand quotes a portion of Oswald Spengler’s Decline of the West:

You are dying. I see in you all the characteristic stigma of decay. I can prove that your great wealth and your great poverty, your capitalism and your socialism, your wars and your revolutions, your atheism and your pessimism and your cynicism, your immorality, your broken-down marriages, your birth-control, that is bleeding you from the bottom and killing you off at the top in your brains—I can prove to you that these are characteristic marks of the dying ages of ancient states—Alexandria and Greece and neurotic Rome.

Are you convicted? I am. I’m almost ashamed reading those words. And guess when that was written? 1926. We tend to think that the moral decline of our society has been a more recent thing, but the examples he cites from nearly 90 years ago prove otherwise. That could well have been written yesterday, for it still describes our society now. I have yet one more quote for you, written roughly 2000 years ago.

I know your works: you are neither cold nor hot. Would that you were either cold or hot! So, because you are lukewarm, and neither hot nor cold, I will spit you out of my mouth. For you say, I am rich, I have prospered, and I need nothing, not realizing that you are wretched, pitiable, poor, blind, and naked. I counsel you to buy from me gold refined by fire, so that you may be rich, and white garments so that you may clothe yourself and the shame of your nakedness may not be seen, and salve to anoint your eyes, so that you may see. Those whom I love, I reprove and discipline, so be zealous and repent.

Those are words to the church in Laodicea, as recorded in Revelation 3:15-19. Jesus Himself speaks these words to that church, and let’s be honest, He could be speaking them to us in America today. How many churches and Christians here have become lukewarm? Our affluence in our country has led us to say the very things the church of Laodicea said—I am rich, I have prospered, and I need nothing. That’s a pretty good American credo. But that’s only the material stuff. Jesus points out in Revelation 3 that they are blind, poor, and naked in the things that truly matter—spiritual things. What good does it do if we have material blessings in excess but lose out on the true joys of salvation? And look what Jesus counsels Laodicea to do—“buy from me gold refined by fire.” The study note in The Lutheran Study Bible says this: “True spiritual riches come from an active faith, one that is purified by the fires of trial and persecution.” Ask Wurmbrand about that. Ask those countless Christians of the Underground Church who are being persecuted for their faith as we in America skip church to play golf or go to the lake.

So what can we do? Whether we embrace the materialism of our society or lament it, we live in it. This is American life. We can’t change anything by whining about it. You are exactly where God wants you to be right now. He placed you in this time and place. Of all the societies throughout the world and all the ages, He picked this one for you. Look, it’s not wrong to enjoy the blessings we have in America. It’s not wrong to go golfing or get a pedicure or take a nice vacation. I’m not suggesting we deny ourselves every pleasure. But keep it in perspective. The devil uses our affluence to lure us away from Christ. Don’t get sucked into indifference over your faith. Don’t be the lukewarm Christian Jesus chastens in Revelation 3. There are Christians in this world right now who are gladly suffering for their faith. Do not take yours for granted.

Christians in persecuted countries have a huge advantage over Christians in America—urgency. They know that any day could be their last, so they witness with a reckless fervor. The most “persecution” I’ve faced for my faith is some negative responses in my comment section of my blog. I’ve been called a moron, accused of brainwashing my children, and told I had the education of a grade-schooler. Big deal. So it hurt my pride a bit. Christians in the Underground Church would roll their eyes at that and say, “First World Problems.” And they’re right. They see much more clearly what really matters in life—faith in Jesus. And they risk their lives every day to share that good news with others. When was the last time you shared your faith with someone other than your kids or in the safety of a church building? Wurmbrand says that when a person was converted, only half of the work was done. “Every soul won for Christ must be made to be a soul-winner. The Russians were not only converted, but became ‘missionaries’ in the Underground Church.” Dear one, you are a missionary. Look around you. “The fields are white for harvest,” as Jesus says in John 4:35. Those fields are your neighborhood, your workplace, your gym, the stands at your kid’s baseball games… Don’t let First World Problems cloud your vision and take your mind off the souls who suffer Third World Problems right here in our midst—spiritual hunger and starvation for God’s Word, the deadly disease of unbelief that leads to eternal death, and the spiritual warfare that takes place at every moment all around you. Take to heart the words of verse 4 of the hymn Hark, the Voice of Jesus Crying:

Let none hear you idly saying, “There is nothing I can do,”
While the multitudes are dying and the Master calls for you.
Take the task He gives you gladly, Let His work your pleasure be;
Answer quickly when He calleth, “Here am I, send me, send me!”