Life Lessons from a Child 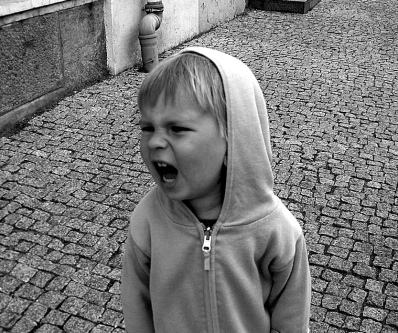 Over the holiday weekend, we were able to spend some time with my parents at their house. We had a nice cookout, played games together outside, and enjoyed good conversations. Sounds lovely, doesn’t it? And it was, except that one of my children decided to throw a pity party after losing a game of badminton. He accused his adult opponent of cheating, started moping around, and made all sorts of “poor me” comments that got old fast. This is far from the first time such a thing has happened. And I’m not gonna lie to you, I wouldn’t mind a Super Nanny at that point to tell me how I should respond. But suffice it to say that when we got in the car to go home I was not pleased. We reprimanded him on the way home and had a fairly stony ride back. Then we got home and everyone went their own separate ways to get away from each other. Some time later, I heard a knock on my door. It was my son coming to apologize. Sweet, right? Yet at the same time, as I’m sure many of you other parents out there can understand, somehow irritating, because I knew this wasn’t the last time this would happen. It seems like we go through this same silly charade over and over again, and it gets to me after a while. Seriously, you’d think by now he would have learned his lesson, right?

Fast forward a few days to yesterday’s church service. We got to the part in confession where there is a time of silence to confess our sins privately. I started reeling off my sins to God, and the confession I made was almost verbatim of the confession I had made the week before, and the week before that, and the week before that… Oh. Ouch. Okay, I get it, God. I’m no better than my son doing the same things over and over. After more than three decades in this world, you’d think I would have learned my lesson on some of this stuff, right? Yet I return over and over to the same old sins. And each time I come crawling back, God forgives me. No strings attached.

Thank God He isn’t like me, an imperfect parent, sighing deeply when a child confesses. “Oh, fine, I forgive you, but I’m getting tired of doing this over and over again. Can’t you just grow up and stop this already?” No, God doesn’t do that with us. “If we confess our sins, He is faithful and just and will forgive us our sins and purify us from all unrighteousness,” we are assured in 1 John 1:9.  No fine print. No conditions. Or consider Peter asking Jesus how many times he should forgive his brother in Matthew 18:21. Jesus tells him either seventy-seven times or seventy times seven (depending on translation). Either way, Jesus isn’t setting a limit. He’s not saying, “Oh, look—you’re at seventy-five times already! Better be careful, because you’re almost at your quota!” Not at all. Rather, he’s expanding Peter’s rather limited view of forgiveness and telling him that with God there is no limit on forgiveness.

While we are in this world, we will struggle constantly with sin. And trust me, the devil works his hardest on Christians because he desperately wants to turn them away from Christ. So is sin just no big deal? I mean, hey, if God forgives us anyhow, what difference does it make, right? Wrong. “Shall we go on sinning so that grace may increase? By no means! We died to sin, how can we live in it any longer?” Paul writes in Romans 6:1. No, we shouldn’t get complacent against sin. We should be fighting against it in our own lives, but as Paul laments in Romans 7:19, that’s a never ending process. “For what I do is not the good I want to do; no, the evil I do not want to do—this I keep on doing.” Unfortunately, that’s how it is as long as we’re in this world. It’s a constant tension. We won’t ever “grow out of” sinning. But don’t despair—God doesn’t keep score. He doesn’t roll His eyes when we confess the same sins over and over again. And so we can say confidently with Paul the words of Romans 7:25: “Thanks be to God, who delivers me through Jesus Christ our Lord!” What wonderful news indeed. No conditions. Just unconditional grace.

Photo is scream and shout by Mindaugas Danys

3 thoughts on “Life Lessons from a Child”