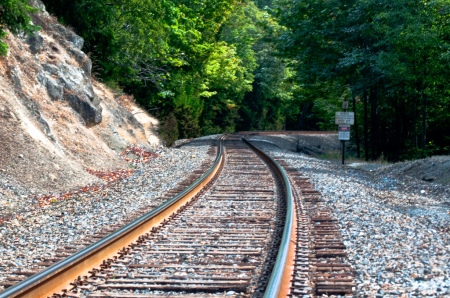 My son has a one-track mind. When he focuses on something, he cannot get it out of his head until it’s resolved. Each weekend he seems to have something else on which to dwell. Sometimes it’s a certain book or movie he just has to have from the library. Sometimes it’s something he desperately wants to order online. Last weekend he was harping on finding an instrument to use for band. This past weekend suddenly a new bike (which in all truthfulness he needed) was of utmost importance, and he didn’t want to wait. He wanted it now. The thing is that he won’t rest until whatever he’s been focusing on has come to a proper conclusion in his own mind. He harps on the subject at hand over and over, which can honestly get wearisome after a while. In time I have hopes that this can become a favorable trait and work for his good. But he just can’t give up or forget whatever it is that’s on his mind. It’s that important to him.

My son isn’t the only one who has ever had a one-track mind. Paul had a one-track mind too. Look at his request to the Ephesians in 6:19-20—“Pray also for me, that whenever I open my mouth, words may be given me so that I will fearlessly make known the mystery of the gospel, for which I am an ambassador in chains. Pray that I may declare it fearlessly, as I should.” Wow. That’s dedication for you. This isn’t some, “Oh, pray for a chance to share the Gospel with someone someday” request. No, Paul wants to be proclaiming the Gospel “whenever [he] open[s] [his] mouth.” Paul’s in this all the way. He’s not halfheartedly Christian. No, this thought of spreading the Gospel consumes him. He can’t help but speak about Jesus to everyone he possibly can, whether they believe it or not. In Romans 10:1, Paul says, “Brothers, my heart’s desire and prayer to God for the Israelites is that they may be saved.” Again, this isn’t some part-time hobby for him. This is his life. He thinks about it, prays about it, writes about it, and talks about it. He can’t give up or forget that burning desire within him to tell others about Jesus. It’s that important to him.

Even Jesus had a one-track mind. Throughout His earthly ministry, the devil tried his darndest to pull Him away from His task of redeeming the world, but Jesus resisted him. Religious leaders tried to trap Jesus with silly questions. Jesus wasn’t deterred. He didn’t spend His time arguing with them in the temple. He was out preaching, healing, and performing miracles around the entire region so everyone would hear about Him. And when it came time to get on with His suffering and death, Jesus didn’t bail out. On the contrary, Luke 9:51 tells us that “As the time approached for him to be taken up to heaven, Jesus resolutely set out for Jerusalem” (NIV). The ESV says that Jesus “set his face to go up to Jerusalem.” Both versions emphasize that Jesus was completely resolved to get to Jerusalem. But why? What was in Jerusalem? What was so consuming His thoughts that He just had to get there? The cross. His entire purpose in coming was to be the perfect sacrifice for your sins and mine. Jesus had a one-track mind for sure. Dear one, you were the one on His mind. You were the reason He suffered and died. He loves you so much that He would rather suffer humiliation, pain, and even death rather than be separated from you eternally. Even on the cross, people jeered at Him and taunted Him to come down and prove Himself. He would not be sidetracked. He did prove Himself, not by coming down with a show of might, but by dying in what seemed to be utter defeat. Then three days later, He rose victorious from the grave, showing His power over even death. And that’s why Paul had a one-track mind as well. That good news was just too amazing to keep to himself.

Friends, do you have a one-track mind? What is it that consumes your thoughts? Make Paul’s prayer your own. Ultimately that’s the only thing that matters—knowing Jesus as your Savior. So don’t be afraid to speak out and tell others the wonderful news. Jesus had a one-track mind for you. You are that important to Him. That’s too wonderful not to share.