When Fighting is a Good Thing 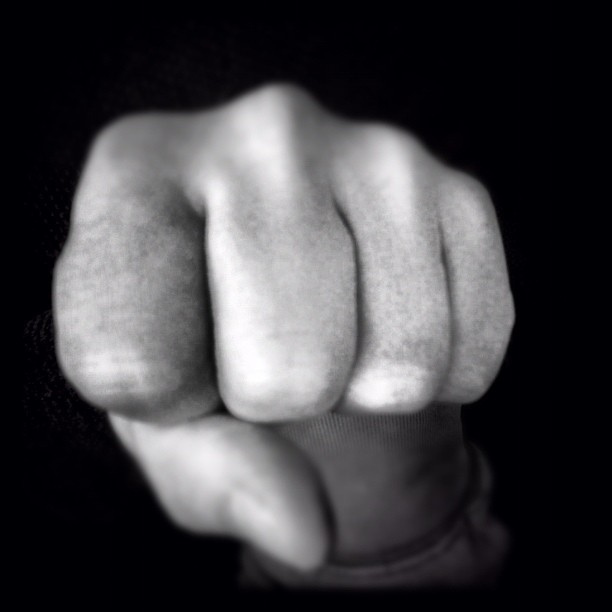 As a mother of five, I see my fair share of fighting. It seems like some days all I am is a referee, mediating between one fight after another. And it gets old pretty fast. Most parents can probably agree with me on this point. In general, fighting is looked upon as a bad thing. Kids are encouraged not to fight, especially with their fists. We try to teach our kids to work things out by talking through their differences rather than fighting. But I have surprising news for you. Sometimes fighting can be a good thing.

Now, don’t get me wrong. I try to teach my kids not to fight and hit each other. But there’s a time and a place for fighting. Anyone who’s familiar with the Bible has to concede that it contains many references to fighting. God’s people fight the pagan nations around them, but God himself fights as well. In 1 Chronicles 14, David inquires of God whether or not he should attack the Philistines. He’s already a king by this point, and God tells him to attack and he will be victorious. Then David comes upon them a second time and asks again if he should attack. God tells him in verse 15, “As soon as you hear the sound of marching in the tops of the balsam trees, move out to battle, because that will mean God has gone out in front of you to strike the Philistine army.” Whoa, wait—God is actually going to fight? Amazing. But that’s not the only time He does this.

When the Israelites leave Egypt after the plagues, the Egyptian army comes after them and appears to corner them at the Red Sea. But what does God say? He tells His people not to fear. “The Lord will fight for you; you need only be still” (Exodus 14:14). His people didn’t need to do anything at all—the battle was God’s alone. Later, in Deuteronomy, Moses reminds the people of all God has done for them. He tells them before they enter the Promised Land, “The Lord your God, who is going before you, will fight for you…” (Deut 1:30). There are many references throughout the period of Israel taking the Promised Land that show God fighting for the people, but it doesn’t stop there. In Nehemiah, after the exile, he encourages them, “Whenever you hear the sound of the trumpet, join us there. Our God will fight for us!” (Nehemiah 4:20).

You see, God’s people didn’t win all these wars because in and of themselves they were so powerful. Quite the opposite, actually. Many times their enemies vastly outnumbered them and were more powerful than they. But even those powerful armies were no match for the true God. He gave His people the victory over their enemies. And He’s done the same thing for you.

Most of us will probably never face an actual army in our lives. But make no mistake about it—we still face deadly enemies who seek to defeat us. Our “deadly three” are sin, Satan, and death. And they are relentless. Satan is compared to a roaring lion seeking someone to devour in 1 Peter 5:8. That’s pretty daunting. But don’t despair. Jesus already fought him for you and won. The hymn “O Lord, Throughout These Forty Days” (Lutheran Service Book 418) says it like this: “You strove with Satan and you won…” (verse 2). Note that’s past tense. It’s already finished. “A Mighty Fortress” puts it like this: “This world’s prince may still scowl fierce as he will, He can harm us none. He’s judged; the deed is done; One little word can fell him” (LSB 656, v 3). And what is that “little word?” Jesus.

So take heart. The same God who fought for His people in the Old Testament has fought for you and now gives you strength as you “fight the good fight of the faith,” as we read in 1 Timothy 6:12. He gives you the armor of God as spelled out in Ephesians 6:10-17. You will be victorious, because the fight has already been won. You have in store for you a “crown of righteousness” (2 Timothy 4:8) in heaven because of Jesus’ victory. I’ve never been so grateful for fighting.

Photo is Fist by Morten Skogly

One thought on “When Fighting is a Good Thing”