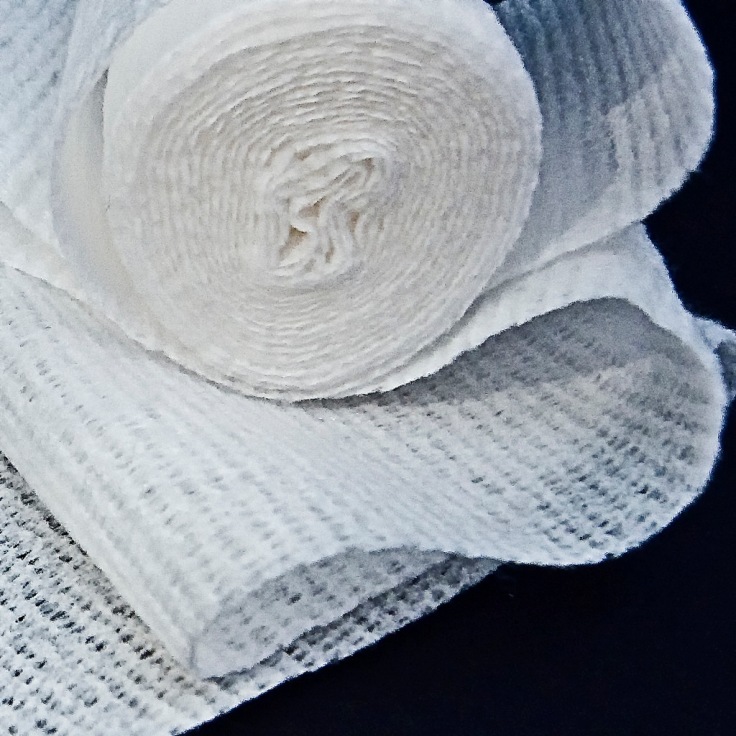 It is difficult to explain to someone who has never had poison ivy what a relief it is to replace a used gauze bandage with a clean one. Poison ivy is rather a disgusting thing to have. A bad breakout is sort of what I imagine leprosy to look like. It blisters and oozes and makes your skin look like it was burned in acid. And as such, it needs to be covered with gauze to catch those oozing blisters. But you can’t just cover it once and be done with it. It’s important to change the dressing frequently and keep the area as clean as possible to optimize healing. I’m getting over a bout of poison oak myself, and during the worst of it, I had to put on a new gauze covering every morning when I woke up. The old one I had slept with overnight was dirty and crusty and sometimes even oozed through, but once I had a fresh, clean bandage on, I felt immediately better. Yes, I would eventually have to replace that one too, but for the time being, I had relief. In short, I felt clean.

Even if you’ve never had poison ivy or poison oak (and for your sake, I sincerely hope you haven’t), chances are that you’ve experienced this sort of relief before. King David did. It was the relief that came from confessing his sin and experiencing God’s abundant forgiveness. Here’s what he says in Psalm 32:3-4, “For when I kept silent my bones wasted away through my groaning all day long. For day and night your hand was heavy upon me; my strength was dried up as by the heat of summer.”

David was going through some serious suffering. Although the psalm doesn’t say exactly how he was suffering, it’s very likely that he suffered both physically and psychologically. He’s talking about his bones wasting away. That’s more than just a guilty conscience. And we know from other biblical references that God sometimes did use physical affliction and illness to chastise His children and lead them toward repentance. (See, for example, Psalm 38.) And thankfully, in this case, it worked.

Reading on, David says, “I acknowledged my sin to you, and I did not cover my iniquity; I said, ‘I will confess my transgression to the Lord,’ and you forgave the iniquity of my sin” (Psalm 32:5). Ahhh. And there’s the relief. David hiding his sin did nothing for him. His sin certainly wasn’t hidden from God. And God knew that his sin would eat away at him until he confessed it and received forgiveness. We aren’t told exactly what sin David was hiding, although some have speculated that this was after he’d committed adultery with Bathsheba and before the prophet Nathan confronted him about it. Yeah, adultery and murder would eat away at a guilty conscience alright. But any sin can eat away at a person when it goes unconfessed.

So what sin have you been hiding? Do you have a pet sin you try to cover up? a guilty pleasure? a nasty attitude toward someone? a grudge you’ve been holding? a “little” sin you try to justify before God? Stop carrying that burden. Confess your sin before God as David did. God already knows about it anyhow. You aren’t fooling Him. You’re only hurting yourself. It’s like replacing a dirty bandage. Yes, it’s ugly and disgusting and raw underneath, and you may wish to keep it hidden. But if you keep that old bandage on, you’re only inhibiting your healing. Bring your wounded conscience before the Lord, confess your sins to Him, and experience firsthand the relief at receiving the healing balm of absolution from the hand of your Great Physician. In short, He will make you clean.

Photo is gauze_7300 by mondays child