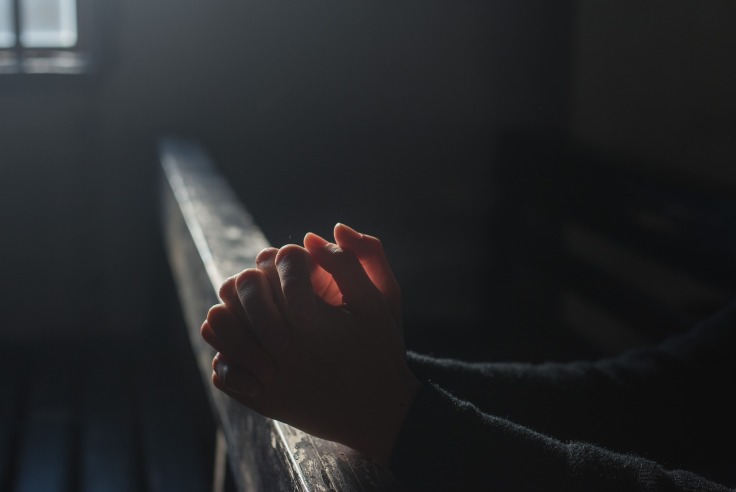 This weekend I watched the movie Silence. It takes place in 17th-century Japan, when there was heavy persecution of Christians. The story follows two Jesuit priests who are seeking their mentor, who has reportedly committed apostasy and denied the faith. It is an intense movie, and disturbing on many levels. I was drawn into the conflict the characters faced, wondering how I would respond under similar circumstances. Many were strong even in the face of death. But there is one character in particular whose weakness was all too apparent, to the point that I got irritated with him. It was difficult to tell whether he was sincere or not, as he repeated the same mistake over and over. At one point, the priest asks himself, “How can Jesus love such a wretch as this man?”

The question stuck with me. Yes, this character annoyed me. He repented and then turned around and did the same thing all over again. At times he was even flippant about confession, asking jauntily, “Padre, can God forgive me this time? Even me?” I grew tired of him. It was easy to identify his hypocrisy. It was as if he was deliberately pushing the limit, testing the bounds of forgiveness and mercy. But his character was perhaps one of the most realistic in the movie, for whether we care to admit it or not, we are often no different.

How often have you confessed the same sin to God, vowing to do better, only to give in to the exact same temptation later that day? Have you ever felt like you were pushing the limit, asking for pardon one time too many? Or perhaps you’ve gotten to the point where you don’t bother to fight the temptation at all, reasoning that God will forgive you anyhow. Maybe your confession to God is as flippant as the movie character’s: God, can you still forgive me this time?

True, we ought not take God’s grace lightly. God has promised to forgive us, but that’s not a license to sin freely. If you’re to the point where you’re comfortable in your sin, pray for God’s Spirit to convict you and change your heart to see your sin for what it really is: something that could separate you eternally from God.

If, however, you’re discouraged because you just keep repeating the same sin over and over, remember that God’s forgiveness is not like our forgiveness. The priest in the movie struggled to proclaim absolution to the man who could not seem to turn from his ways. God forgives freely, without limitation. When Peter asked Jesus how often he should forgive a brother who sins against him, Jesus replied, “I do not say to you seven times, but seventy times seven.” He places no restrictions on forgiveness.

Furthermore, God promises in 2 Chronicles 7:14, “If my people who are called by my name humble themselves, and pray and seek my face and turn from their wicked ways, then I will hear from heaven and will forgive their sin and heal their land.”  Note that God here defines what true repentance looks like: “humble… pray… seek… turn.” And His response to repentance is that He will “hear… forgive… and heal.” Every time. Without limit.