Is Our World the Worst It’s Ever Been? 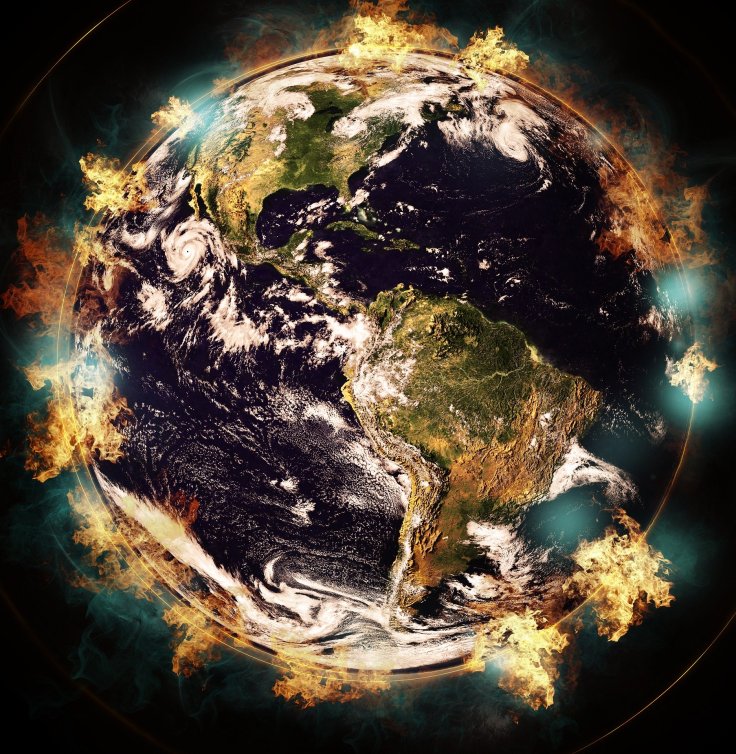 Oh, that God in heaven would have mercy on us! Today, even the faithful have become unbelievers. A reformation, therefore, appears to be impossible. It is clear that the world is declining. The examples of the Flood, Sodom and Gomorrah, and the destruction on Jerusalem are being fulfilled before our eyes. The darkness of the midnight hour of the world has come upon us. The Judge already stands at the door. The hammer of the world’s clock has been raised in order to announce the expiration of the last hour. God’s army, the angels of the Lord of the heavenly hosts, stand in battle formation to fight the great battle of the Last Day. In but a few minutes of the world’s time, God’s trumpet will sound.

As we approach the final week of the Church Year, the emphasis rightly focuses on the end of the world and Christ’s second coming. The words above could be spoken in pulpits across America today, but they were originally preached by Rev. Dr. C.F.W. Walther in the mid-1800’s. If the world was that bad in his day, how much worse is it today?

People have always believed their current generation was living in the end times, that the world was the worst it had ever been. This is both true and false. The world IS the worst it’s ever been, but it’s always been that way. We might have different means of temptation or variations on ways to commit sin, but the sins that exist today have existed since the Fall. In Noah’s day, only eight people were saved from the Flood. While the Bible doesn’t say how many perished, some estimates range from 750 million to close to four billion (Answers in Genesis article). So of all those people on earth, only eight believed in God??

Or take the sordid account of Sodom and Gomorrah in Genesis 18:22-19:29. Abraham pleads with God to spare the city if only ten righteous people could be found there. Sadly, there weren’t even that many, and the cities were destroyed. (It’s a bit harder to find an estimate on how many people lived there, but archaeologists have unearthed ruins with a cemetery of half a million people, which indicates these were large cities for their day.)

Paul warns Timothy that in “the last days there will come times of difficulty. For people will be lovers of self, lovers of money, proud, arrogant, abusive, disobedient to their parents, ungrateful, unholy, heartless, unappeasable, slanderous, without self-control, brutal, not loving good, treacherous, reckless, swollen with conceit, lovers of pleasure rather than lovers of God, having the appearance of godliness of but denying its power. Avoid such people” (2 Timothy 3:1-5). Every single one of those unpleasant descriptions fits modern-day culture, so we must in the “last days,” right? Yes. But so was Timothy, because Paul tells him to “avoid such people,” which means they were already doing those things in the first century. Every day between Jesus’ ascension and His second coming is part of the “end times.”

Murder, theft, homosexuality, gender issues, abortion/child sacrifice, sexual promiscuity, idolatry, drunkenness, persecution, social injustice, racism, hatred, complacency—these have all existed and thrived in the human race since the beginning. Now, that isn’t to say these things aren’t serious. They are. Sin is serious and has dire consequences. Dire enough that Jesus had to die for our sins. But that doesn’t mean we have no consequences on earth, either. Think of all the people who died in the Flood and in Sodom and Gomorrah. Think of God’s own people, the Israelites, who were taken into captivity for turning away from Him. Consider the so-called great civilizations of the world that are no more: Babylon, Assyria, the Roman Empire… Are we any better than they? Will we escape a similar judgment?

Make no mistake, we live in an evil time. And it is the duty of the Christian to speak God’s Word even when it is unpopular, even when we are mocked, even when we might risk a lawsuit or harm to our reputation if we refuse to go along with the pervasive tolerance and acceptance that characterizes our society. Furthermore, it is the duty of the Christian to pray. We must pray for our country, for its leaders and lawmakers, for our fellow citizens, and for our fellow Christians. It’s all too easy to believe that we are alone in the fight, but we are not.

In the days of Elijah, after God’s great victory over the 450 prophets of Baal (1 Kings 18:20-40), Elijah ran away after Jezebel threatened to kill him. In despair, he asked God to just take his life, since he was the only prophet left. But God told Elijah that he was not alone. “I will leave seven thousand in Israel, all the knees that have not bowed to Baal, and every mouth that has not kissed him,” God promised in I Kings 19:18. God will never allow His Church to become extinct. In fact, the Church now is larger than it’s ever been. Referring once again to C.F.W. Walther, he says:

It may appear, in these last, troubled days of the world, that the Church has dried up like a river in the desert. But if we consider it rightly, we must confess that the Church, even today, becomes larger with each passing day. For the Church is not an earthly kingdom, but a heavenly one; no time and place limit it. The Church, which still fights on earth and is already triumphant in heaven, consists of the innumerable number of all believers. Its first members were Adam and Eve and its last member will be the last person who becomes a believer on the Last Day… At no time has the Church included such a great host as it does today.

Praise the Lord that He continues to sustain and grow His Church!