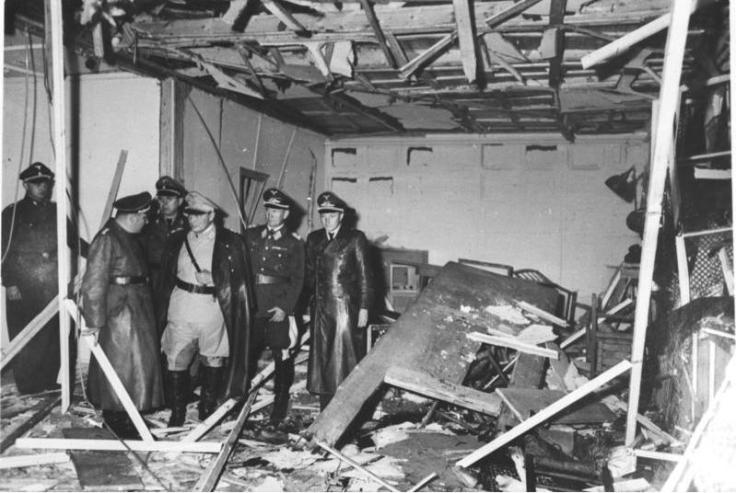 Anyone who’s ever watched the movie Valkyrie had to groan in disappointment when the bomb planted by Claus von Stauffenberg (played by Tom Cruise) didn’t kill Hitler as planned. The men involved in the assassination attempt were so close. What would have happened if Hitler and his top men had been killed? That’s a question we can never answer on this earth, but it’s not for lack of trying that Hitler defied death as many times as he did. Numerous attempts were made on his life, Operation Valkyrie being perhaps the most famous but certainly not the first. There was “Operation Flash,” the airplane bomb that didn’t detonate properly, shown at the beginning of Valkyrie. There was an overcoat bomb worn by a suicide bomber that didn’t have enough time to go off because Hitler abruptly called the meeting to an end. Some sources list up to 30 attempts on Hitler’s life, and Hitler took it as a sign of Divine Providence that his life was spared; validation of all his efforts. The source of Hitler’s uncanny good luck is a riddle that has plagued many a historian, but it can be solved, in part, by a rather unglamorous answer: Field Marshal Wilhelm Keitel.

END_OF_DOCUMENT_TOKEN_TO_BE_REPLACED

When You Feel Insignificant

My son is in marching band this year, and each member of the band has his or her own set of steps to learn. No two people have the same drill, and yet everyone works together to form a cohesive show. My son knows this, but it didn’t really dawn on him until they had a competition recently, and the band directors sent a video of their show to each of the members to watch. As he watched the entire show, finally able to see everyone together, he said in awe, “Wow. I had no idea that’s what we look like. It’s neat to see the big picture.”