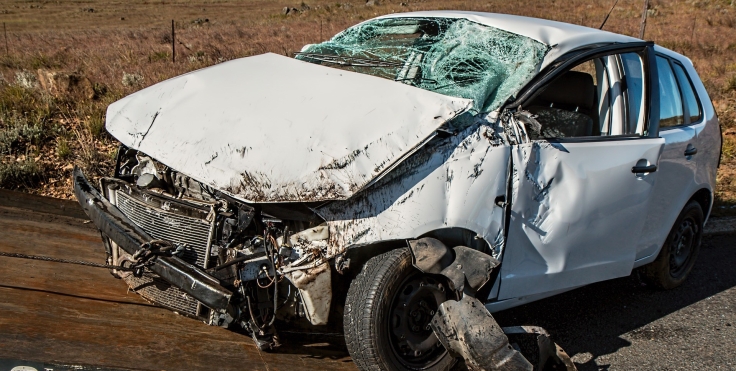 I groaned as I saw the flashing construction vehicles and the line of red brake lights ahead of me. I was taking my son to school, and we hadn’t left early enough to allow for delays like this. Some cars were already doing U-turns, presumably to go another route. But our detour option was a much longer way, so I decided to wait a few minutes before making a knee-jerk reaction. Sure enough, a minute later the cars ahead of me slowly started inching forward. Whew. But as I approached the cause of the backup, I could see this wasn’t just construction. There was a car with a smashed front end sitting in the middle of the four-lane road, and there was a man lying on the ground next to the driver’s side, two construction workers kneeling beside him. Clearly, the accident had happened very recently, since the emergency workers hadn’t yet shown up. It was a horrifying feeling to pass right by the man on the ground, not knowing his condition or even if he was alive. My son and I prayed for him and for the others involved in the accident, and we were fairly silent the rest of the drive, until my son said, “You know, Mr. Smith would have stopped to see if he could help.” It was an innocent observation; he didn’t mean it as a guilt trip, but I was convicted nonetheless. I should have stopped, but I didn’t. It was a modern-day parable of the Good Samaritan, and I was the priest passing by on the other side.

END_OF_DOCUMENT_TOKEN_TO_BE_REPLACED

When Everything Goes Wrong 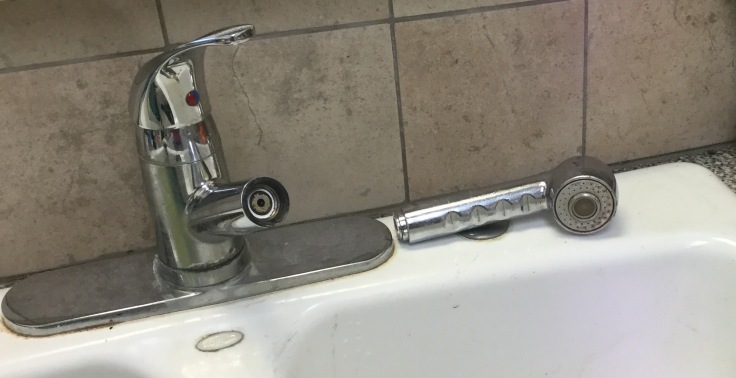 Yesterday was not my day. We have one of those faucets in our kitchen sink you can pull out on a little hose. Well, we had one. I came out from taking a shower to find that my toddler had broken it. Now it resembles a drinking fountain when turned on lightly and a fire hose shooting across the room when turned on full strength, thus rendering it largely useless. My son, who had been sick earlier in the week but felt better Friday and Saturday, was throwing up again. He’s old enough to leave at home during church, so the rest of us went without him. We returned home to find our house flooded. My first thought was the kitchen faucet, but no. It was the washing machine, which had overflowed. Awesome. So now I’m down a kitchen sink and a washing machine, two things I use a lot. My oldest son and I shop-vacuumed the tile part of the floor and used the carpet cleaning machine for the carpets where it had seeped into the rooms. We pulled up over ten gallons of water. I could have spent all day working on the carpets and steam mopping in the wake of the murky water, but that was not to be. I had to be at our church for the LWML fall rally, which we were hosting. So four and a half hours later, I returned home exhausted only to put in a few more hours on the carpets, and still they are sodden and nasty and have the distinct odor of a wet sock. Like I said, it was not my day.

END_OF_DOCUMENT_TOKEN_TO_BE_REPLACED

The smell hit me in full force as soon as I walked in the door.  We were returning from a spur-of-the-moment overnight trip to the beach, and we were all hot, tired, sandy, and greasy from sunscreen.  All I really wanted to do was take a long shower, give the kids a bath, and put everyone to bed.  But that was not meant to be.  It didn’t take me long to realize what the awful smell was.  Our dogs had left us a lovely package in their cage, which was smeared all over the place, hardened by now, making for unpleasant cleanup at best.  So rather than get that nice long shower I’d been dreaming about, I found myself on my hands and knees scrubbing out their cage.  Welcome home.